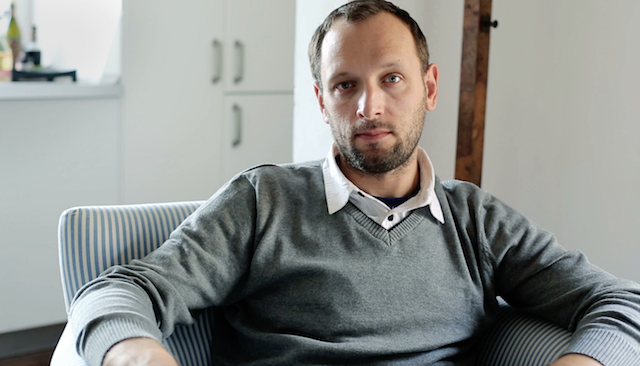 Recently, we took a look at the rankings for top film schools in the U.S. Yet, just because students go to a great film school doesn’t mean they’ll always end up with the best professors. We’ve used these students’ own reviews on RateMyProfessor.com to find out the five best and worst traits in film schools instructors.In keeping with our love of data, we took an information-oriented approach when we analyzed the student reviews. In addition to taking a qualitative look at the stories students had to share about their teachers, we also scrubbed through the comments to find the adjectives and traits mentioned most frequently in both the positive and negative feedback. We’ve used this data to create word clouds for both the best and worst traits of film professors.

While by no means comprehensive, our information visualizations clearly stress the importance of engagement for students when they evaluate their classroom experience. While words like “inspirational,” “helpful,” and “passionate” dominate the positive student reviews, adjectives like “uninteresting,” “dismissive,” and “boring” are most common among negative feedback.

We’ve also included direct quotes—both good and bad—from student comments. However, in the spirit of privacy and discretion, we’ve anonymized the reviews by omitting names, course titles, or the instructors’ affiliated institutions.

One of the most common themes among highly rated film instructors was their ability to inspire and empower students. While this is a common trait among all well-loved teachers, regardless of their subject matter, perhaps nowhere is it more important that instructors actively work to spark their students’ imagination than in creative fields like film.

“We’ve learned so much about the creative process. It is okay to fail, and sometimes necessary, to be a good filmmaker. Follow your creativity!”

“[Our professor] wants you to learn from your mistakes and her weekly projects challenge you to constantly create. If you're not creating, you're not growing.”

Whether they’re teaching a class of 12 or a class of 120, the best film instructors make sure their students feel seen and heard throughout their creative education. Although one-on-one face time in a large lecture class can be difficult for many, student reviewers pointed out that a professor who is responsive and accessible through email or office hours can go a long way towards closing that gap.

“This is an incredible professor! He makes a class of 175 feel much smaller. He really cares about his students.”

“She makes herself available to students, and is caring and helpful. Take advantage of [her] office hours, you will have interesting conversations!”

“She never makes you feel like your points are trivial or invalid.”

“[The professor] cares passionately about what he's teaching. Information is clear. [He] makes you question the obvious and think outside the box.”

“He is so passionate about film, and it shows through the way he teaches. He stayed for every movie screening, which is rare.”

“She utilized social media in really amazing ways and invited students to participate in shaping the class. The class Facebook site was a gold mine of creativity.”

“The media lab WAS the classroom. Classes were totally different than anything else. She made sure we could actually make and do things. My midterm used [Internet] memes and my final was a remix video.”

“At the end of the course, she had us get into groups and mock pitch an original television show, so much fun! By far the best final project in my college years.”

“[This class] also helped me to FREE MY MIND from the boring and predictable formulas and devices that I learned in other classes.”

While the best film instructors can turn a dry subject into a passionate discussion with the right approach and enthusiasm, students often comment that the worst teachers truly excel at making interesting topics boring and onerous. This often has as much to do with delivery as it does with the actual content of the class. Across the board, students voiced disappointment and frustration with teachers who not only presented dry, tedious lectures, but who also didn’t offer the opportunity for discussion or interaction.

“She is very passionate about what she discusses, but she isn't so good at making the rest of us passionate about it. Lectures are often dry and have very little to do with class readings.”

“[This professor’s] lectures are long and boring. If you can get the notes from someone else, avoid going to class.”

Not all teachers are the best at engaging their classes, but the very worst instructors actively give the impression that they have little respect for or interest in their students. In turn, the students find it hard to respect their instructors or find value in their coursework, making the entire experience an unfortunate, zero-sum game.

“She is super dismissive and uninterested in what students have to say. I genuinely have lost all my interest in this subject since meeting her.”

“Condescending and arrogant professor. If he isn’t interested, he seems incapable of exacting useful comments on your projects. He’s overly opinionated and not helpful.”

If film instructors fail to be transparent about their grading rationales or course expectations, students often feel blindsided and unfairly judged. Several important factors that can lead to this misunderstanding include tests that do not reflect the content of class discussions and a failure to communicate a clear grading rubric or performance expectations. Most importantly, students reported an unwillingness or an inability to further explain grading rationales as a key characteristic in the worst of their professors.

“She is very careless about the rules of the class and never clarifies them.”

“[My professor] was unclear in essay and final prompts, and was inflexible when it came to reassessing problems caused by ambiguity.”

“He vaguely clarifies what he wants on assignments...after you've turned them in and he's berated you about how poorly you did.”

Because film and media courses are so closely tied to ongoing cultural and technological advancements, many students are often confused—if not downright frustrated—when their professors appear to be behind the times. Using dated materials or eschewing new perspectives and technology can undermine an instructor’s authority in a class, while causing students to question the relevance of their coursework.

“I can’t take a class on Modern Media seriously when [my professor] gets Facebook and Twitter confused. He spent a whole class lecturing about videogames, but the dude told us he hasn’t gamed since 1994.”

In many ways, an apathetic instructor is even worse than one who can be acerbic or who has a harsh grading style. Students invest a lot in their courses, from studying and writing papers to paying expensive tuition and fees. Many of them voiced disappointment and anger when they were then confronted with teachers who “phoned in” their classes.

“She doesn't teach, she just reads off slides most of the time. At least her TA looks like he wants to be here, so that helps.”

“There's no rhyme or reason to his teaching, from what I can tell. I don’t think he can tell either. I’m pretty sure he doesn’t care.”

It’s important to remember that these five “worst” traits are based on appearances only, and according solely to student impressions. In reality, there might be a number of reasons why an instructor may seem less engaged or have difficulty communicating grading expectations: they may be a new adjunct, juggling courses and students at several different institutions while finding their own teaching style, or they might be an established professor dealing with the numerous complexities of tenure review or an impending book publication.

Much like the hidden depths of the proverbial iceberg, most additional responsibilities and projects go unseen by students, who are apt to believe that an instructor’s entire purview stretches no further than the end of the classroom lectern. At the same time, appearances do matter, and it behooves even the best of instructors to remember to not underestimate their students or the value those students place on an engaged classroom.