5 Possibilities for the Future of Film Education 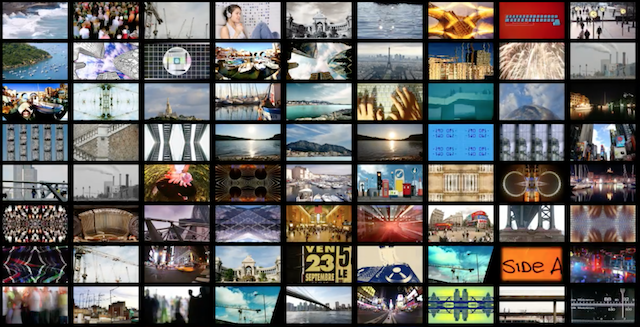 New technologies have made it easier than ever for anyone with an idea to create a movie and distribute it. This has left many professors and industry insiders wondering what film schools should offer their students. While some experts believe that digital filmmaking, YouTube, and Vimeo have fundamentally changed the way film should be taught and studied, others contend the opposite: classic techniques and approaches might become more important than ever. Here are five predictions from both points of view on what film schools could and should be including in curriculum for the future of film education.

1. A Greater Focus on Craft

The sheer amount of content that gets posted to the internet leads to an interesting question: How can filmmakers today stand out with so many projects being produced? Panelists from film schools across Southern California at the OCSA Film & Television Conservatory generally agreed that the answer lies with the more traditional study of craft. “Used to be you went to film school just to get your hands on a camera,” Jerry Mosher of CSU Long Beach said. “That’s not the case anymore. Everyone can make movies with a smart phone now, so it’s about learning the craft.”

Backing up this idea are recent films like Tangerine, which made waves at festivals across the country for its shockingly low-budget approach to cinematography. Tangerine was shot entirely on an iPhone 5, but numerous critics, like Angela Watercutter at Wired magazine, were quick to point out that its unusual production was not what made it great. The buzz really came about because of Tangerine’s engrossing visuals and smart direction. Perhaps because of his extensive training in more traditional cinema at NYU, director Sean Baker was able to produce a quality film with a unique story and interesting shots. A point for the idea that learning from masters of visual imagery helps no matter the size of the camera’s lens.

Many film professors across the country hope that future curriculums will put more emphasis on tradition, not just for technical training but for the fundamentals of storytelling as well. The consensus among educators across the country is that a change in mediums won’t change the fact that the fundamentals of storytelling remain important. For professors like Dr. Kevin Bozelka, who teaches film studies at the Bronx Community College, that comes from helping students to become better writers in general.

As film schools adapt to new medias, Bozelka and other professors hope and expect that students will be better prepared with the fundamentals of communication instead of the basics of working a smartphone. “I tell my students, don’t treat your film studies class as a burden,” Bozelka says, “think of it as an opportunity. The better essay you can write, the better screenplay you will write, the better email you will write.” Echoing this sentiment for OSCA Film and Television Conservatory, Natasha Levy of UCLA also called for an emphasis on general education for anyone wanting to enter the film industry—whether they go to a film school or not.

One fact that seems undeniable for film schools across the country is a very practical one: more jobs exist now in post production than anywhere else in the industry. Bozelka says that he’s noticed more of a tendency for schools to invest in studios and get all students working with editing software or visual effects programs. “There is so much need for programming and content now,” he says, “we’re bombarded with images and sounds everywhere. This generation has grown up with YouTube, so more than how to make content they want to know how to edit it and make it stand out.”

The industry would agree, with huge job numbers going to editors and visual effects specialists. Just watch almost any film—not only are the credit sequences longer than ever, a majority of the people who worked on the movie were in post production. By putting an emphasis on these practical skills over artistic or academic endeavours, some film schools may hope to better position themselves and their students for the future job market.

If some schools looking to the future see a need for emphasis on post-production, others are pushing this idea to the extreme, betting on a niche industry that has been steadily expanding the last few years: Pre-vis. Writers like Holly Willis for Filmmaker magazine call Pre-vis “A process that includes creating 3D assets, blocking basic camera moves and capturing possible shots,” all before any actors or locations have been found.

“As costs rise,” Willis writes, “pre-vis becomes increasingly compelling, helping producers agree on a visual plan for a project before too much money has been spent.” Also known as virtual production, numerous small companies in New York and Los Angeles have seen their focus on technologies that allow directors and studios total foresight explode in the last few years, leading some to wonder if the future of film school will reside in helping students to master these complicated programs and techniques.

The last prediction takes a fairly extreme view on what future directors will be taught and expected to do. Willis calls it Transmedia or “New paradigm directors,” predicting that future auteurs will most need to know how to build worlds across multiple media platforms. Citing current heavyweights like Joss Whedon and Guillermo Del Toro, who arguably started taking the internet seriously long before anyone else, Willis and other experts believe that the most successful future professionals will be like these directors—able to create content just as easily for screen, TV, Vimeo, and Facebook.

By creating experiences that go from phone to computer to the screen rather than one-off narratives, future directors will be able to fully leverage all of today’s new technologies and connectivity. So the film school of tomorrow might teach more about social media than it does about film.

Whatever the future of film schools holds, the answer will probably be a balance of these ideas, instilling filmmakers of tomorrow with the classic fundamentals and ensuring they have advanced knowledge of the day’s technology. While some auteurs like Christopher Nolan clamor for the past, calling for a return to 32mm film over digital, today’s students like Sean Baker are finding ways to merge what made film great with the technologies of the future.