How to Talk to Your Students About Crowdfunding for Films

When platforms like Kickstarter initially gained traction in 2008 and 2009, Hollywood and educators both approached crowdfunding with due skepticism. It’s taken several years of testing the waters—and notable victories from industry regulars including Spike Lee (Da Sweet Blood of Jesus) and Zac Braff (Wish I Was Here)—but pursuing crowdfunding for films has finally moved into the mainstream as an accepted fundraising avenue for both big name filmmakers and aspiring students. 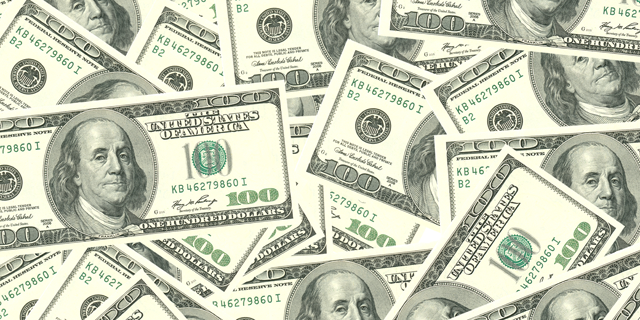 A Tradition of Creative Funding

The need for unconventional revenue streams isn’t novel to enterprising filmmakers. Hollywood is rife with tall tales of risky money-raising ventures like Robert Rodriquez’s, who checked himself into a medical testing facility for a month in 1992 in order to raise the $3K shortfall on his first full feature, El Mariachi.

For years, film students seeking less perilous means to bankroll their projects have relied on campus auctions, bake sales, and donations from family and friends—all of which are, in a way, a type of low-tech crowdfunding for films. However, these efforts have always been limited by the scope and the size of their donor networks; not every film student has an uncle named Coppola to subsidize her thesis film or a legion of fraternity brothers able to donate a few dollars to the cause.

Where traditional fundraising stops short, debt and loans often take over. Unfortunately, the tired cliché of the aspiring director who maxes out her credit cards to film her passion project has become even more unrealistic in a post-recession economy.

Enter the crowdfunding platforms. With social media and the advent of the sharing economy, the efficacy of fundraising campaigns for small budget productions has multiplied by orders of magnitude.

Filmmakers can now tap into not only their own network of family and friends, but also their friends’ social connections, and then their friends’ friends’ connections, ad infinitem. Because most crowdfunding campaigns operate on a reward-for-donation basis, filmmakers also have the opportunity to interact with their contributors and give back, which in turn creates a significantly more engaged donor base for future projects.

With so many crowdfunding platforms out there, and new ones popping up all the time, it can be hard to know which one is right for a small budget film production. Although Kickstarter has the benefit of name-brand recognition, it isn’t always the best choice for a filmmaker’s specific needs. Here’s a quick rundown of the three most relevant crowdfunding sites for film students.

Kickstarter is perhaps the most well-known and (in)famous of the crowdfunding platforms, and it has hosted a number of campaigns that have successfully gone viral, including the Veronica Mars project in 2013, which made overnight history by raising more than $2 million in less than 24 hours. Because of its notoriety, the site draws more traffic than any of the other platforms, increasing the chances of a project attracting donors outside of the creator’s amplified social network.

Yet, Kickstarter’s victories are also its greatest drawback; the site is as well recognized for its inane campaigns—including one to make potato salad that raised more than $55K in 2014—as it is for its more serious endeavors. Moreover, in terms of audience reach, the site is a broadcast platform, hosting a wide variety of projects from technical innovations to community outreach. Creative projects, especially those without celebrity backing or pop cultural tie-ins, can have difficulty cutting through the noise and reaching prospective donors.

Indiegogo, another popular crowdfunding site, works along a similar premise to Kickstarter, with one key difference: flexible funding goals. Every crowdfunding campaign requires the creator to set monetary benchmarks. With Kickstarter, if those fundraising goals are not met, then the funds revert to the donors and the creators receive nothing. However, Indiegogo includes the option for flexible funding goals, which allows campaign creators to collect funds even if the benchmarks aren’t met. Students and filmmakers working with shoestring budgets will often prefer this, as a little money is always better than no money at all.

For students looking for something all-together different, there’s Patreon, a newer crowdfunding platform founded by musician, filmmaker, and YouTube star Jack Conte, that is both by and for the creative community. Though its audience reach is much smaller than Kickstarter or Indiegogo, its focus on artists means that it offers a potential donor base that is already interested in creatively minded projects.

The site also allows filmmakers and other artists to receive funding either on a single project basis (much like Kickstarter or Indiegogo) or on a recurring, monthly basis, which Patreon compares to the Old World model of patronage. Because of this, many online artists—including music industry iconoclast Amanda Palmer and YouTube powerhouses John and Hank Green—have turned to the platform for uninterrupted support, rather than resetting monetary benchmarks with each new project-based campaign.

Before launching a funding campaign, it’s important that students recognize that each platform will take a share of the profits (between 5-10%, though it varies by platform and funding goal), which they will need to build into their budgeted overhead.

Most crowdfunding campaigns also work on a reward-for-donation basis, or through “kickbacks,” as a thank you and added incentive to donors. Often for small budget films, this is a signed copy of the script or an invitation to a screening, but some filmmakers have even included digital downloads of the finished films or—for particularly high-rolling donors—small, walk-on roles in the productions. It’s important that students follow through on these rewards; Kickstarter and other platforms have recently started cracking down on campaigns that fail to deliver.

With or without technological advances, fundraising still takes hard work. Kickstarter’s own internal statistics show that more campaigns fail to meet their funding goals than succeed—Perhaps yet another reason why film students should consider Indiegogo’s and Patreon’s incremental funding structures.

Students need to remember that the picture business thrives on networking. Kickstarter and its brethren haven’t changed this facet of the industry or the effort required to get a project off the ground; they’ve simply updated it for our digital lifestyles. As a result, the success of a crowdfunded campaign relies not only on a filmmaker’s ability to tap into online social networks, but also on her resourcefulness in maximizing real-world, offline connections and her perseverance in seeing the project through to its completion.

As with any investment proposal, a student should have a clearly detailed and actionable plan for implementing her project before even considering starting a campaign. Learning how to find and keep investors is an important step in professionalizing film students, and one that they shouldn’t take any less seriously simply because social media is changing how to go about it.

Crowdfunding sites are full of half-baked ideas that are, at best, murky and vague on timelines or progress goals, which can be a major turn-off to potential donors. Working budgets, script revisions, shooting schedules, location scouting, and as much of the preproduction process as possible should be completed ahead of time. Maximizing funds means making sure that money isn’t wasted on learning curves or revisions.

Most importantly, students should recognize that funding campaigns represent more than just the opportunity to pitch expected budgets and scripts. Rather, they give students the chance to showcase everything learned in film school, from aesthetic technique to business acumen, and ultimately to advertise their abilities as smart, savvy, and creative filmmakers.