5 Ways to Use Stock Footage in the Classroom: A Hands-On Intro to Film 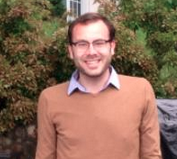 While most students show up for day one of Intro to Film ready to make the next Pulp Fiction, we know there are at least a few basic concepts they will need to master. Of course, it would be great to teach entirely through practicum, letting them work through the basics with their own film experimentations. But, the reality of large classes and short semesters gets in the way of these more fun assignments.Most often, intro to film students work with clumsy, and not entirely legal, YouTube clips or static photo examples of various techniques. This is where stock footage comes in. With access to hundreds of hours of high quality, professionally made content that your students are free to use as they need, you can give them engaging, hands-on assignments that introduce the fundamentals of film.  Below are just a few ideas on how to use stock footage in the classroom.

Editing is not just fundamental to film analysis, it’s also one of the most practical skills your students can take away from an introductory film course.  Instead of playing clips over and over to demonstrate jump cuts, reaction shots, and the 180 degree rule, let them try to apply the concepts to footage that already exists on their own.The classic go-to for raw footage is of course Roger Ebert’s The Holdup, a 70s film created expressly for students to slice and dice into something new.

However, with an extensive archive of stock footage at their disposal, your students can work with something a bit fresher. Have your students find different pieces of stock footage and edit them together into a longer, logical sequence. It’s the perfect way to introduce these concepts in a hands-on manner, give them experience with editing software, and save the time needed to create new footage for them to use.  Also, the diversity in source material will help you keep your sanity--who really wants to watch a hundred versions of The Holdup?

Next to editing, one of the other most practical skills students take away from early production classes is sound engineering. Help your students to understand the concept of diegetic and nondiegetic sound, how to create them on their own, and how to integrate them with existing footage by assigning a series of stock sequences where they recreate the soundtrack. With most stock footage lasting little more than a minute, it’s a fun assignment that doesn’t become a major investment of time on their part. It also saves you from hours of content to grade.

This will give them a chance to experiment with finding and recording sounds out in the world--a lot of stock footage deals with nature, giving your students an excuse to go outside and seek out the appropriate sounds to make basic footage more exciting for a viewer.  Or, by encouraging students to write and record their own non-diegetic narration, you have handed out the perfect introductory assignment for budding documentarians.

Most teachers working with students on film production will already have a favorite dutch angle or extreme close-up to show students on the day you go over these crucial concepts. But, can you really be sure your students have learned the difference between medium and long shots? Or, do they just have a new appreciation for your screen grabs of Citizen Kane?

You can really challenge their comprehension by giving them something a bit less artistically stylized. On your end, finding clear-cut examples of panning, tracking, or any other type of shot can be easier to find in the huge amount of short clips you have access to with stock footage. On tests and homework assignments you can still expose your students to quality, professionally made footage while seeing how well they can apply these concepts to any film they encounter.

It can be easy to lower expectations for first time students cobbling together introductory projects and their very first film, but by giving them access to a wealth of stock footage you can help raise expectations and teach a few lessons along the way. Short, but high quality stock footage can be the missing ingredient to elevate a student project. Your students can use them to round out projects with establishing shots, cutaways, interesting stills, and more.

Introducing them to the wide variety of stock footage available also gives you the opportunity to cover the quality of professional quality film. Go over what makes the stock footage look so pristine by exploring different types of cameras, film, and editing software. Challenge them to create their own footage that matches and integrates seamlessly with the stock footage.

Even some of the most promising and creative film students can find themselves suddenly at a loss when they have their first opportunity to tell their own story.  Just like a prompt in a creative writing workshop, throw random stock footage at your students and make them fill in the gaps with a corresponding narrative.  It will help you to see who can think on their feet and keep the assignments interesting, but also fair.

Pick a stock video at random and give them an hour to come up with a corresponding three act story.  Tell them it's the establishing shot for the whole movie or TV episode, and it's up to them from there. Perhaps even better, give them a David Lynch style exercise in surrealism that will challenge all of their skills by asking them to merge a few stock videos into something completely new and different.

Why Use Stock Footage?

Stock footage might not be your first thought for an introductory film course, but it’s the best way to get your students working directly with professional quality film as they learn. Without taking time to create new footage, worrying about violating copyright laws, or giving them long sequences they can’t handle, it’s also the most convenient for you, the film instructor. With a VideoBlocks for Education subscription that provides access to more than 115K stock clips, even the most basic building blocks of film language can become practical, exciting exercises.