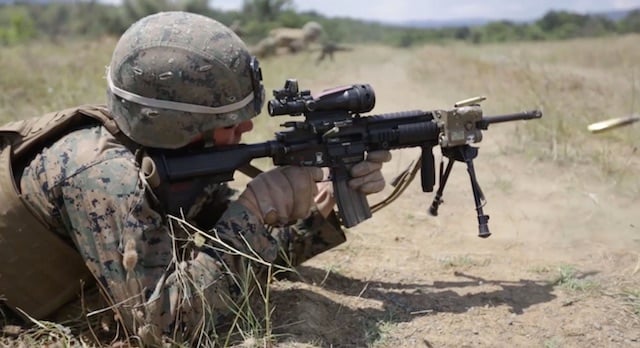 For Poitras, the answer is that documentary filmmaking simply is journalism, or rather “Journalism Plus.” But at the panel, she and other filmmakers agreed documentaries and journalism have a lot in common but offer different points of view, while current technologies have helped merge some of those traits. Journalists have come to embrace the narratives and visuals that drive documentaries while documentarians pursue stories that previously demanded journalism's straightforward, fact-finding approach. The result is the exciting potential for a new genre of documentary journalism.

With the growth of film capture and editing technologies, costs have been lowered and production times shortened. That means journalists and documentarians can easily produce engaging content as stories develop around the globe—just like the new visual journalism shorts produced at Laura Poitras’s own “Field of Vision” project with The Intercept. The Guardian has called these short films, “...a bracing initiative that takes the documentary form into new and exciting directions.” The first round of films features a range of visually compelling, current reporting from the Greek financial crisis to the slums of Rio de Janeiro, quality films on hot topics brought to the public more efficiently than ever before possible.

However, documentary journalism isn’t the only way that technology has affected reporting. Staple news sources like the BBC have embraced interactive infographics, the New York Times now uses virtual reality for certain coverage, and smaller outlets like the Daily Breeze in San Francisco have produced Pulitzer Prize-winning exposés with the help of new computer programs. By organizing their big story’s timeline around the interactive Timeline JS tool, Daily Breeze reporters were able to untangle the confusing tale of a local superintendent’s corruption, making it easier to read and more engaging. The Timeline JS tool, produced through a collaboration of journalists and engineers at Northwestern University, has piqued the attention of educators who see the need for more interplay between news and technology in universities.

The Future of Journalism Education

Inspired by the success of this previous collaboration, Northwestern has unveiled plans to head west. Benjamin Mullen reports for the Poynter that a new space in the center of San Francisco will serve to “...place engineering students and faculty alongside their journalism counterparts in a startup-like environment.” According to the dean of the Medill School of Journalism, the decision comes from “a long-term bet on the connection between journalism, innovation and technology.” A commitment that shows journalism of the future will become not just more interactive, but more visual and focused on narrative as well, putting the rise of documentary journalism on the cutting edge of tomorrow’s news.

Like Poitras told The Guardian of her Field of Vision project, all of these developments “...open up possibilities that maybe weren’t there before,” and could mean that exciting, innovative work like her film CitizenFour will become the standard for consuming news. In order for students of today to prepare for these new formats and expectations, journalism schools will need to help students leave standard formats behind, incorporate the latest advances, and also embrace filmmaking techniques to tell more dynamic stories.

For journalism educators looking to expand their offerings in visual literacy, editing, and narrative construction while using the latest technologies, VideoBlocks for Education offers the Digital Backpack, giving students across all disciplines access to content with which they can experiment and create new innovations for the future.